Dead Space 2 won’t hit store shelves for just about another four months, but developer Visceral Games is already chomping at the bit to move on to a third entry in the survival horror series -- so long as the demand from fans is potent enough. Speaking to Eurogamer, executive producer Steve Papoutsis said they’ve already got an idea where the third game will go, but whether it’ll be made still depends on if Dead Space 2 is a hit.
"We’ve mapped out where we’d like to go with it," Papoutsis said. "Not at a super high level of detail. But, for instance, we’ve just released our novel, Martyr. We’ve talked about the inception of the Unitology religion.

"We’ve thought about it all," Papoutsis continued. "But ultimately, just like with Dead Space 2, we have to have the support from the players in order to do it. Hopefully the game comes out, people like it, it has critical support, and a lot of people buy it. And then we’ll get an opportunity to do another one."

And not just another one, apparently. If fan support remains strong enough, Papoutsis said this is a new franchise Visceral Games would be happy to continue developing into the distant, almost farcically extended future. "We’re working really hard to make sure this game’s better so we get a chance to do Dead Space 3, 4, 5, 6, 7, 10 and 20," he said. "But when there isn’t an outpouring of support it doesn’t make a lot of sense to do that." 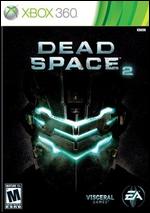