When Super Meat Boy launches on Xbox Live Arcade as part of Microsoft’s Game Feast on October 20, players will find some free stages waiting for them. Tommy of Team Meat has outlined how and why this version will receive the no-cost downloadable content on the Meat Boy blog.
The XBLA-exclusive DLC is called "Teh Internets," and takes advantage of Title Managed Storage (TMS) to add the new content. Each chapter added through this method will consist of 20 stages, and will usually feature challenges built around specific characters. "Butcher Boy" will launch alongside the game, and stars Meat Boy himself. Other planned chapters include The Sewers of Dross starring Gish (Q4 2010), Meat Boy (Q4 2010), Debug World (Q1 2011), and another unnamed chapter planned for Q1 2011.

The blog points out that it’s an XBLA-exclusive, due to the ease of use to update automatically using TMS. It’s also this exclusive content that allowed them to bring the game out on XBLA at all. The team had to scrap plans for cross-platform level sharing, but says it plans to use "Teh Internets" to share the best PC and Mac stages with Xbox 360 owners.

Tommy says that this is a shot across the bow of traditional DLC, which overcharges. "In a world where it costs $2 to unlock content in a game that you’ve already purchased it is nice to have the power to totally say "f*** you" to that system and go our own way," he says. Look forward to Super Meat Boy in October, and many more months of content after. 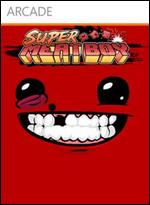