Just as the Scott Pilgrim game came out alongside the theatrical release of the movie, the Scott Pilgrim game downloadable content is set to coincide the movie’s DVD and Blu-Ray releases. Joystiq reports that the DLC is set to come out in November, and will cost $1.99 on PSN or 160 Microsoft Points on Xbox 360. It will include Knives Chau as a playable character, plus free-for-all battle and dodgeball modes. Rumors were circulating that the content would be free for purchasers of the Blu-Ray, but that apparently didn’t pan out.
Ubisoft will also be releasing a patch, not tied to the DLC but releasing at the same time, which will adjust the difficulty levels, fix some bugs, and add drop-in/drop-out co-op. Unfortunately, the co-op is still offline only, and Ubisoft has no plans to add in online play. You’ll have to keep fighting alongside your roommates and local friends, because it’s just more authentically old-school that way. 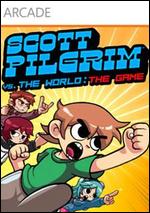 Xbox one no signal
Post by debrartin
0 Replies, 56437 Views