An official statement from Sega follows: "Due to the expiry of the contract with Ferrari, OutRun Online Arcade will remain offline on PSN but will still be available on XBLA until Dec 2011."

Microsoft pulled a similar disappearing act with several Midway XBLA titles after Warner Bros. Interactive bought the struggling Mortal Kombat publisher last year. While those games are still available to anyone who already purchased them, everyone else is pretty much out of luck.

At least Xbox 360 owners have a little advance warning this time around, though it seems strange that Sega’s deal with Ferrari resulted in the PSN version getting pulled more than a year before the XBLA release. 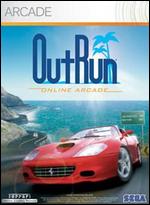