After making your way through all of the content in Fallout: New Vegas, which hits stores tomorrow in North America, you’ll have at least one downloadable content pack waiting to bring even more content at some point in the future -- assuming you’re playing the Xbox 360 version, that is. Publisher Bethesda today announced that it would be releasing 360-exclusive downloadable content for New Vegas "this holiday season."
"We’re excited to continue the partnership between Bethesda and Microsoft, and build on the success of the game add-ons released for Fallout 3 on Xbox Live," said Bethesda’s marketing and PR vice president, Pete Hines. "Fans will once again be able to continue their experience in the Fallout universe with the add-on packs planned for after the launch of the game."

No specific dates or content were mentioned, just that it would be coming this holiday season -- which doesn’t necessarily mean it’ll be out in 2010 -- and only through Xbox Live. That clearly leaves PlayStation 3 gamers out in the cold, but it’s unclear if people playing on PC will also be denied access to the DLC.

In the case of Fallout 3, DLC was released on the same day for both 360 and PC owners, with the PS3 versions coming many months later. That could very well be the case once again, but we’ve asked Bethesda for clarification either way. If this is once again a timed exclusive for Xbox 360, don’t expect Bethesda to reveal that fact until a later point in time. 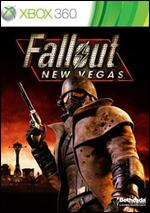