After having been delayed into the new year, Test Drive Unlimited 2 has picked up a new release date.
Atari and Eden Games announced today that the driving sim will be out in February. It was originally scheduled for a September release, but was delayed a month beforehand.

The sequel to the 2006 driving sim shifts the setting to the Spanish island of Ibiza, and will feature day and night cycles, weather changes and other aesthetics. It will also feature extensive online support, including the ability to have a friend ride in the cockpit with you. 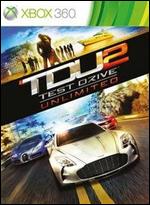