As many as 19 people working at Ubisoft Reflections could soon be without a job. A reorganization taking place at the U.K.-based developer could see 12 employees laid off as their jobs are eliminated, with another seven contract workers possibly not having their contracts renewed, Develop reports. Reflections is currently at work on Driver: San Francisco.
A source claimed that a meeting took place last Tuesday about the impending reorganization. "We weren’t given names, but they took some people into a separate office afterwards, gave them a letter and took them out of the building. That was it," the source said. A Ubisoft spokesperson has since confirmed the report that up to 19 people could be gone as a result.

"This is a proposal for reorganization, and it isn’t the people who are made redundant, but the jobs themselves," the spokesperson explained. "The people get to have their say about the reorganization."

The source said that among the employees possibly affected are two that have been there for more than a decade: Art director Jack Couvela and creative director Craig Lawson, who have been there since 1997 and 1998, respectively, according to Develop.

"There have been delays with the [Driver] project, and because of our delays, Ubisoft have had to change their plans for our studio. What that means exactly I’m not sure," the source said when asked what could have caused the move. "This is the first game that we have done for the current generation of consoles. We are obviously learning as we go along, developing our skills. We haven’t had much support from external sources."

Reflections will be getting some help now, as Assassin’s Creed developer Ubisoft Montreal will be helping out with the development of the new Driver. Both Driver and the new Ghost Recon were delayed by Ubisoft earlier this month, at which time it was announced that certain studios would be restructured, although the specifics were not revealed.

While the source claimed that the remaining staff at Reflections are worried about what will happen after Driver is released, the Ubisoft spokesperson shot down the notion that it could possibly be shut down post-launch: "What’s key at Reflections is that we are working on a small reorganization, we need to ensure that we have the right skills mix for the Driver brand. The brand is very important to us, and Reflections is crucial as a studio. They have an expertise that none of our other studios have."

"It will absolutely keep going after Driver," the spokesperson said.

Back in August, another Ubisoft-owned studio, Red Storm Entertainment, saw even larger layoffs -- 38 people were let go -- but the developer is still open. Hopefully these cuts at Reflections won’t lead to any further layoffs and it will be able to continue operating without the need for further cutbacks. 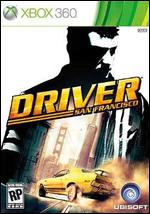