Back in November, a listing briefly showed up on GameStop for something called the "Dreamcast Collection," raising speculation that a disc-based compellation of classic Dreamcast games would soon be hitting retail shelves. And now it’s official: In the latest issue of Game Informer, Sega’s executive vice president of sales and marketing Alan Pritchard confirms the collection is coming. Unfortunately, he doesn’t say what games will be collected.
"The Dreamcast fans are very devoted. You see on eBay people are still buying the games and system," Pritchard began. "We actually have a Dreamcast collection coming out soon. We are looking to bring some of the old Dreamcast games to market digitally and packaged. The titles are still to be announced. The Ultimate Genesis Collection did huge numbers on PS3 and 360, so it’s an important part of our business. We’ve already been releasing some Dreamcast games digitally; Crazy Taxi [for one]."

Indeed, along with Crazy Taxi, Sega has also already rereleased Sonic Adventure, and they plan on rereleasing Space Channel 5 Part 2 and Sega Bass Fishing early next year. Will all four games make up this Dreamcast Collection for a retail release, or can we hope to see yet more Dreamcast titles rereleased? Looks like we’ll find out whenever Sega is ready to say.

The GameStop listing pegged the Dreamcast Collection’s release for February 15, but as you can see, Pritchard didn’t confirm that part, either. 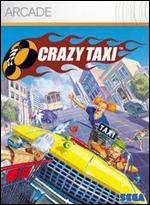