While it was originally planned for release in early 2011 (with some retailers listing it as early as February), today Square Enix announced that Deus Ex: Human Revolution will be delayed to instead release in their next fiscal year, which begins next April.
The delay was revealed along with Square Enix’s announcement that it’s reducing their earnings forecast for the remainder of its fiscal year by a whopping 91 percent. Part of the reason is in fact because they’ve moved Deus Ex out of the current fiscal year, although Square Enix also cited the "harsh market feedback regarding a key title" -- almost certainly referring to Final Fantasy XIV. 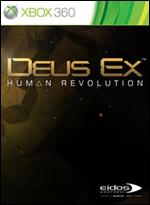