Capcom’s confirmed it’s to release a demo of MotoGP 10/11 in North America on March 15, Capcom has sent over plenty of screenshots of the game to feat your eyes upon.

The demo will arrive in February on both Xbox 360 and PS3, allowing you to race as either  Danny Pedrosa or Andrea Davizioso on the challenging Mugello circuit in a single Championship race or against the clock (and your ghost) in Time Trial. You can check out the latest screens which came with the demo news. 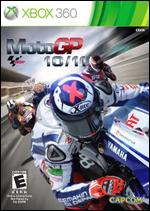