City Interactive has announced that first person shooter Sniper: Ghost Warrior has sold a million copies across Xbox 360 and PC.

The title achieved the milestone seven months after its release.

"A lot of hard work and dedication by the entire City Interactive team went into the development of Sniper: Ghost Warrior, so we are understandably pleased about the worldwide success of the game," said City Interactive CEO Marek Tymiñski.

"This success is the perfect backdrop to reveal details about some of the fantastic games that we currently have in our development pipeline, including the sequel to Sniper: Ghost Warrior and a couple of unannounced projects." 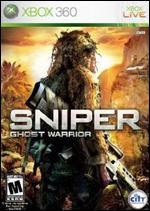