Bethesda Softworks today announced the development of Prey 2, set for release in 2012 for Xbox 360, PlayStation 3 and PC.

Development is being handled by the original team, Human Head Studios, and will utilize id Software’s id Tech 5 game engine, currently being used for Rage.

"We are thrilled to be working with Bethesda on Prey 2," said Chris Rhinehart, project lead. "Prey 2 will provide gamers the opportunity to explore a new facet of the Prey universe, one that offers fast-paced action in an open, alien world. We’re excited to show gamers the title we have been working on and hope they will be as excited by this title as we are."

Prey 2 was announced once before back in 2008 when the franchise was under control by 3D Realms and the Radar Group, a development company headed by Scott Miller, founder of Apogee Software. 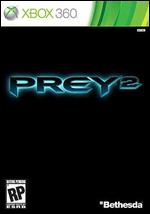