The ’Triple Pack’ bundle will be available in North America on April 19, Europe on May 13, and Japan on May 19, for a suggested retail price of $29.99. Along with Trials HD, the ’Triple Pack’ includes Splosion Man and LIMBO, two other popular XBLA titles. It will also include a 48-hour Xbox LIVE Gold trial and 160 Microsoft Points.

"Having Trials HD available at retail is exciting," said Tero Virtala, CEO of RedLynx. "While Trials HD is in many ways the poster child of the digital download revolution, we understand that there are still many gamers who only purchase games through traditional retailers."

"Thanks to our partners at Microsoft, all Xbox 360 owners now have a chance to check out the Trials experience, along with two other great games." 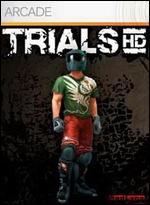