Layoffs will soon hit English developer Black Rock Studio, which is best known for developing Split/Second and Pure.
Eurogamer reports a source has indicated that around 40 staffers will be let go as voluntary layoffs begin tomorrow. "It seems Disney have been unable to provide us with a project to work on, and our concept pitches clearly haven’t gone down well (despite there being many of them)," the source said.

Sequels to both Split/Second and Pure were among the projects Black Rock looked to work on. But as owner Disney Interactive Studios continues its shift away from the type of core games the developer has made in the past, their respective cancellations don’t come as an enormous surprise.

"After SS wrapped, we started work on SS2 pre-prod which was cancelled last December due to DIS’s new management and their changing priorities (the push towards freemium etc) -- SS2 didn’t really fit in with that (despite some efforts to shoehorn it in)," the source explained. "We had a concept week (everyone in the studio working on small teams) to try to come up with new ideas, but nothing really stuck. We had a freemium week sometime later with similar goals too."

Layoffs have been expected for some time now, as a chunk of the studio had been left with nothing to do in recent months. A huge wave of layoffs hit a number of Disney-owned studios earlier this year but Black Rock managed to go unscathed at the time.

What’s left of Black Rock is working on a "promising" game described by the source as being "new and risky, so I imagine [Disney] don’t want to risk putting two teams on it." 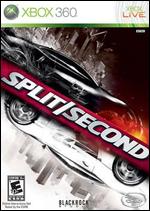