Twain Harte, CA-May 12, 2011-Reverb Publishing and developer 2XL Games announced today that Jeremy McGrath’s Offroad will race to consoles via the PlayStation®Network. The video game will also be available this summer from D3Publisher on Xbox LIVE® Arcade.

Founded by former employees of Rainbow Studios, 2XL Games has a tremendous pedigree and experience within the video game racing world, having developed titles like BAJA: Edge of Control and 2XL Supercross 2009, as well as having worked on titles like the MX vs. ATV series and Cars: The Video Game. 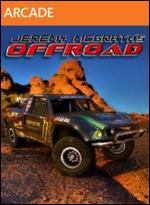