In what’s become a daily occurrence, we have a new victim of hackers today. Sega sent out an e-mail earlier today to Sega Pass members with word that it has discovered an "unauthorized entry" into the system’s database. An investigation has been launched and it has taken the "appropriate action to protect our consumers’ data and isolate the location of the breach."
Unfortunately, a "subset" of members have had their personal data obtained by the intruders. This doesn’t include any payment or billing information, thankfully, but it does include things like e-mail addresses, birth dates, and encrypted passwords. As such, Sega has reset Sega Pass account passwords and has taken the service down for the time being. It’s also recommending that users change their passwords on any other services where they might use the same information.

Like with the BioWare incident, there’s no word on hacker group LulzSec’s Twitter account that it is behind the breach. It had previously publicized its involvement with attacks on EVE Online, Minecraft, and Bethesda.

In a curious turn of events, the group has offered to help Sega "destroy the hackers that attacked you." It says this is because "We love the Dreamcast, these people are going down." 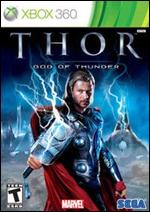