Las Vegas, Nevada - July 15th, 2011 - TopWare Interactive is releasing the Two Worlds II: Velvet GOTY Edition this October 18th and they are doing so with glamorous class! The TWII: Velvet GOTY Edition not only comes bundled with the sought after expansion Pirates of the Flying Fortress, but is also uniquely designed in a limited collector’s box which is wrapped in black velvet (PC/Mac) or red velvet (console versions) and highlighted with metal corners made to look like antique brass. Moreover, there is a bold relief TWII logo of the same real metal at the top of the box.

Along with the multi-lingual version of TWII, this collector’s item also comes with all of the up-to- date upgrades.
Additional extras include a huge double-sided world map and a valuable pirate head pin collectable, which subsequently is also available in-game! This exclusive item actually boosts the player’s parameters if hefted to armor! Together with another bonus disc containing artwork, wallpaper, videos, an extended soundtrack and two additional PvP multiplayer maps. More Antaloor simply isn’t possible! 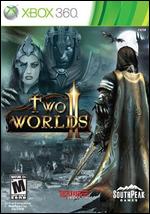