In an attempt to "take some of our learnings from the free-to-play market and apply them to the console world", THQ released the off road racer at the budget price of $39.99, with less content on the disc than you’d expect in a full-price title, but placing a bigger focus on regular and substantial paid DLC packs that would allow players to selectively purchase the elements of the game they wanted.

But Farrell said in a recent earnings call that while the reduced entry price "gave us good acceleration of sales, it just wasn’t enough to drive the installed base to what we wanted to do".

Ignoring factors such as the poor reviews for the game (63 and 62-out-of-100 Metacritic averages on Xbox and PS3 respectively), Farrell deemed the pricing structure a failure. "Our takeaway there is it’s not a great model in the console market because with the high fixed cost of goods in the current console model, you can’t get the price point low enough to drive that installed base for the client out there to drive the DLC."

We thought the idea was (and still is) an interesting one - just poorly executed. The game, to start with, just wasn’t good enough; the on-disc content was overly minimal to point of it feeling like a rip off despite the slightly lower price tag.

But the thought of being able to pay for the parts of a game you want and leave out the parts you don’t is appealing. We’d be interested to see how this build-it-yourself structure would work with a more desirable franchise - like Call of Duty, for example - and with a starting package that warrants the entry price tag and better-timed, more substantial DLC releases that truly allow gamers to craft the game they want. 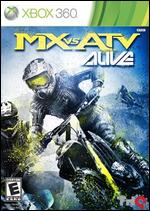 Xbox one no signal
Post by debrartin
0 Replies, 115594 Views