Fans recently picketed Valve’s offices in the hopes that it would convince the developer to release Half-Life 3. Two days later, they got something else instead.
Word got out last night that either a new Counter-Strike or an update to the existing game would soon be revealed. E-sports website ESEA claimed it would be called Counter-Strike: Global Offensive, which it had been invited to Valve’s offices to see. Sure enough, Valve has formally announced CS: GO, which is coming to Steam, Xbox Live Arcade, and PlayStation Network in early 2012.

Counter-Strike fans are some of the most hardcore around, and word that GO is coming to consoles will only fuel angry commenters to claim it is therefore going to be watered down. The public won’t have to wait long before it’s able to go hands-on with it, though, as the announcement notes that it’ll be playable at PAX Prime and the Eurogamer Expo 2011.

GO is being developed by Valve "in cooperation with" Hidden Path Entertainment, which worked on updates for Counter-Strike: Source and developed Defense Grid: The Awakening. It’ll pack in new gameplay modes, maps, characters, weapons, and updated versions of old CS content, such as de_dust. It also adds leaderboards and matchmaking support.

According to the ESEA story, it focuses on 5-on-5 action, runs on an "updated Source engine," has rankings for both individuals and teams, adds new grenades, and provides ammo for free. It’s also said that spamming is still "viable" and that Dust and Aztec and each getting a "major revamp." None of these details were specified in the press release, so take them with a grain of salt for the time being. 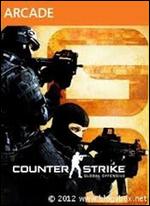