Techland’s Dead Island is supplemented today by a day-one patch, which will fix a huge list of issues with the game, ranging from trivial to catastrophic. The list after the break, transcribed from a note included with our review copy of the game, does not organize the fixes by priority; "Fixed many issues causing game instability" is toward the middle of the list, under "Volume of pickup’s engine has been increased."

One thing the patch does not fix: the version of the game available on Steam is actually a pre-release development build, including obvious glitches (like the ability to walk through walls) and some undefined variables.

"We deeply regret that an incorrect version of Dead Island was inadvertently made available to players on Steam launch in North America," publisher Deep Silver said in a statement to Joystiq. "We are very sorry for any issues you may have experienced while playing the game - the correct, patched version will be made available to North American players ASAP." Other territories will receive the correct, patched version on Friday. 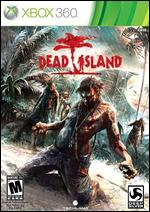