Crysis Headed to 360 as Downloadable Title

What was once upon a time the most gorgeous game available (and one that would easily push your PC to the max) will soon be available on consoles -- as a downloadable title, no less. Crytek and EA today announced plans to bring the single-player component of the original Crysis to Xbox 360 later this year.

While it is the same game that PC gamers got to experience in 2007, today’s announcement says the game will be "modified and enhanced" for release on consoles. Although the original Crysis engine, CryENGINE 2, was ported to consoles in 2008, the game will be remastered using the CryENGINE 3 (what powered Crysis 2) with new lighting, effects, and other visual goodies.

Upon release, Crysis was praised not only for its beautiful graphics, but also its open-ended gameplay. The first level places you on a jungle island where you’re free to move about and complete your objectives in any means seen fit; you can directly assault enemy bases using your shield ability, take enemies out one-at-a-time by going invisible, and so on. 1UP’s review dives into the subject further.

"We are extremely proud of what we were able to accomplish with Crysis. We set out to create a next-generation FPS and delivered a PC experience that became a benchmark for quality -- and still is for many gamers even four years later," said Crytek CEO Cevat Yerli. "By bringing the single-player campaign to console, we believe we are again setting a new standard for quality in downloadable gaming."

Five years ago, Yerli was singing a different tune -- he spoke about keeping Crytek games exclusive to PC. That policy was officially changed in 2008 in light of the "huge piracy" that it dealt with after releasing Crysis. Even prior to that, there was plenty of talk about a console version (on Xbox 360, in particular); there was speculation that an all-new game would be made for 360 using core elements from the PC version, as the lack of support for DirectX 10 on 360 stood in the way of a direct port. Crysis 2, by comparison, only supported DirectX 9 at launch on PC.

Even before officially moving to multiplatform development, Yerli said in 2007 a console port of Crysis would be considered depending upon how well the PC version sold. Even then he noted that a direct port would be impossible.

"[People] are asking me if it’s possible. Of course. You can get Crysis even on the Nintendo DS," he said. "But not that Crysis -- you cannot get Crysis as it is on PC on any console. What you would have to do is compromise the design and the level design [and in] order to make Crysis’s gameplay [on console] you would have to make a derivative Crysis and optimize it for the Xbox 360 and PS3. In fact, if we do it, we’ll optimize it for each platform."

Crysis 2 was released this past March on all three platforms: PC, Xbox 360, and PlayStation 3. And then earlier this summer, the ESRB’s listing for Crysis was updated to list 360 and PS3 as its platforms in addition to PC, suggesting a port was in the works.

EA’s announcement today mentions the downloadable game will be out in October -- as if there weren’t already enough shooters to play over the next few months. It’ll cost $19.99 (1600 Microsoft Points) upon release. And while may sound like a lot for a game as old as Crysis, the PC version still has an MSRP of $29.99 (though it can be found at Amazon for $21.98 at the moment). 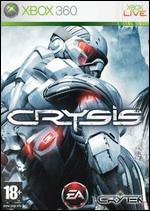