Twisted Pixel is now officially a part of Microsoft.
Microsoft announced its latest acquisition today, meaning TP will join with the likes of Rare, Lionhead, Turn 10, and 343 Interactive as a first-party developer.

The Austin, Texas-based developer was founded in 2006. It’s developed five games to date, each of which has appeared on Xbox 360: The Maw, Splosion Man, Comic Jumper, Ms. Splosion Man, and The Gunstringer. The last four were exclusives, with The Gunstringer (check out the crazy story of how it was conceived here) being the only retail title of the bunch. It was originally planned as an XBLA game like its predecessors, but the Kinect game was instead beefed up and packaged with a code for Fruit Ninja Kinect as a retail game priced at $39.99.

"It is really exciting for us to solidify our long-standing relationship with Microsoft Studios, who we consider to be the leader in digital distribution and creating new innovations in gaming like Xbox LIVE and Kinect," said Twisted Pixel co-founder and CEO Michael Wilford. "As part of the family of Microsoft Studios we look forward to bringing even bigger and richer experiences to Xbox and Twisted Pixel fans around the world."

The studio’s next game has yet to be announced. At least we don’t have to spend any time wondering if there are plans to take it multiplatform. 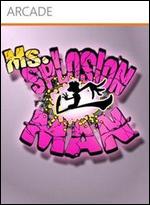