A leaked screenshot earlier this week allegedly showed the character selection screen from Soul Calibur V. The most noteworthy thing about what it showed was Ezio Auditore, star of the past several Assassin’s Creed games, as a playable character. Whether you thought it was a fake or not -- and the image did look somewhat questionable -- we now have confirmation that Ezio is playable in Namco Bandai’s new fighter.
The trailer above features some footage of Ezio fighting with his various weaponry including his trusty hidden blade. He’ll be available in both the Xbox 360 and PlayStation 3 versions of the game, so there’s no need to worry about being left out if you only own one console or the other.

Ezio is the latest guest appearance in a Soul Calibur game following the likes of Yoda, Darth Vader, the Apprentice, Link, Spawn, and Heihachi.

Other characters officially confirmed for the game today include Dampierre (from Soul Calibur: Broken Destiny), Nightmare, Raphael, and the debuting Leixia. Dampierre will be only available as a pre-order bonus from a certain retailer that Namco Bandai isn’t yet identifying.

A release date has also been announced, as the trailer shows: Soul Calibur V will be out in North America on January 31, 2012. 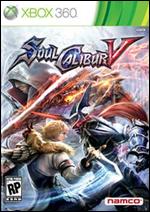 Xbox one no signal
Post by debrartin
0 Replies, 118125 Views