It is no secret that Ubisoft wants to expand a number of its franchises into the world of movies and TV shows. On the heels of an announcement that the Raving Rabbids franchise will be turned into a television show by Nickelodeon, Sony Pictures is apparently close to a deal that would allow it to create not just a film, but a film franchise based on Assassin’s Creed.

This is according to Variety, which reports that negotiations are in the final stages following a bidding war in recent months. Universal Studios was among the other companies interested in the movie.

Interest in movies based on Assassin’s Creed and another Ubisoft franchise, Ghost Recon, was being gauged earlier this year. A Ubisoft survey asked respondents about their favorite actors and directors in addition to more specific questions such as who they would want an AC movie to star -- Ezio, Subject 16, or a different character altogether.

Ubisoft isn’t completely new to the movie scene. Prince of Persia was adapted into a movie, The Sands of Time, last year that grossed $335 million but wasn’t regarded highly by critics. Perhaps feeling it needed to be more involved with the process, Ubisoft launched Ubisoft Motion Pictures earlier this year in order to help adapt more of its properties into film and TV shows. According to Variety, Ubisoft wants to keep more creative control for itself instead of agreeing to one-movie deals with film studios.

The deal with Sony is not yet official and we don’t have any word on when it would be expected, who would write, direct, or star in it, or any other key details. We do, however, have some ideas for who could star in a movie based on Assassin’s Creed II. 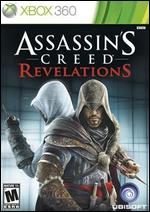