THQ’s confirmed the demo for UFC Undisputed 3 will launch on Xbox Live next Tuesday. And that’s that: no word on fighters or the like that will feature in the taster. A PS3 version isn’t mentioned, although it’s assumable that will arrive at the same time. 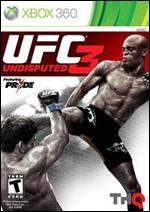