The information first leaked out on the Se7sins forums but soon spread to include a video from The Tech Game showing the menu of the multiplayer maps and other options in the game. We don’t know if the list is complete but it does not include Nuketown 2025 which is a pre-order bonus for Black Ops II and does include the officially announced Aftermath, Cargo and Turbine.

The following is the reported list of multiplayer maps for Call of Duty: Black Ops II. While it doesn’t contain any campaign plot points you will see information about possible locations where it could take place. We suggest not reading further if that is a concern.

"
"Carrier"
"Chinese Supercarrier. Open engagements on the deck, with great close quarter fights through the hull."

"Drone"
"Hidden drone facility in the heart of the Mynamar jungles. Great long engagements down the center, fun close quarter fights through the facility."

"Aftermath"
"Set in a ruined downtown Los Angeles after an invasion"

"Nightclub"
"Floating resort in the middle of the Indian Ocean. Tight corners and angles throughout."

"Slums"
"Run down section of Panama. Great close quarters engagements and tough chokes to fight over."

"Turbine"
"Wind farm in the steep hills of Yemen. Fight across the different tiers and angles."

"Village"
"Border town between China and Kyrgyzstan. Classic engagements and destinations to fight over." 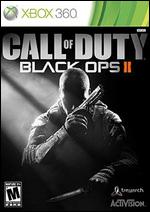