Dishonored may have just released a few weeks ago but Bethesda Softworks has already announced three upcoming downloadable content packs scheduled for the game.

The first, called Dunwall City Trials, will be released in December and cost 400 Microsoft Points to download (or $4.99 on PSN and PC). The Dunwall City Trials DLC will include 10 new challenge maps. The challenges include a battle arena where you will combat waves of enemy AI, a gravity-defying run of drop assassinations, and a race against the clock. Dunwall City Trials will of course come complete with new achievements and trophies to unlock as well as an online leaderboard.

The second and third add-ons will be released sometime in 2013 and will each feature story-driven campaigns. The first will revolve around a character named Daud, the leader of a group of supernatural assassins known as "The Whalers." This DLC is scheduled to come out in spring 2013.

No information was given out about the third DLC pack just yet. Official pricing on the second and third add-ons will be announced soon. 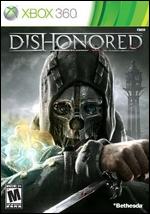