MGR: Revengeance demo will be out in January 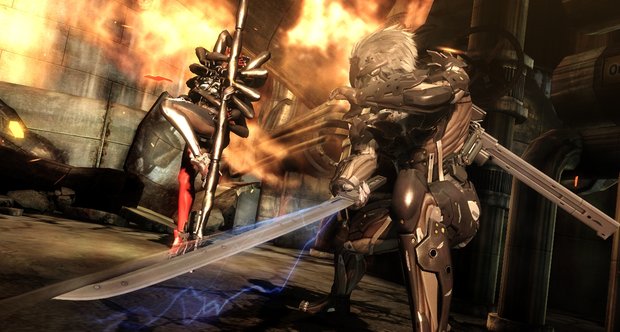 Some games might let you seek vengeance, and others might let you dole out revenge, but only one lets you perform a conflated nonsense word that includes both distinct but extremely similar concepts. You can try it out for yourself next January, when a demo for Metal Gear Rising: Revengeance will hit the PlayStation Network and Xbox Live.

Konami tweeted the demo news, along with a none-too-subtle reminder that you could be playing the demo right now by purchasing the Zone of the Enders HD Collection. ZOE is a pretty critically acclaimed series in its own right, but if you can’t afford it or just plain don’t like the series, you can still slice and dice as Raiden early next year. The game is set to release on February 19.