Creditors don’t expect to get everything they’re owed when a company enters any form of bankruptcy, but THQ’s say they’re getting screwed in the publisher’s arrangement to sell off its assets and start over. Three creditors have filed objections, reports Gamasutra, and so has the government trustee overseeing the bankruptcy.

The creditors allege THQ and the private equity firm Clearlake Capital Group have rigged the sale, ostensibly an open bidding process, to ensure that Clearlake gets all of the company’s assets. They’ve got a problem with THQ’s existing management team staying in control. And they say the whole process has been sped up—and deliberately initiated the week before Christmas—in order to guarantee Clearlake wins out.

All of this, they say, points to a process where THQ and Clearlake are not reorganizing the company in a way that’s as fair to creditors as it is to THQ, which is what the bankruptcy process is supposed to be about. The bankruptcy trustee herself says the sale’s timing, the fees and expenses to be charged to bidders, and minimum overbid amounts called for "may chill bidding." Other than Clearlake’s bid, of course, which gets THQ for $60 million if no one else steps forward.

In short, the creditors want THQ’s assets sold for as much as possible, so they take less of a loss when THQ’s debts are settled. That would involve a process with multiple bidders buying up parts of the company. THQ and Clearlake want to keep everything together in one transaction.

THQ has called Clearlake’s offer an "invest[ment] in a new start for our company," one that allows THQ to finish games like Metro: Last Light and South Park: The Stick of Truth. Clearlake would get the studios, code and game franchises THQ owns and would shoulder the obligations of the contracts it has. (Notably, nothing has been said about the future of the WWE line of games THQ makes, while licensed titles like Stick of Truth have been specifically named as scheduled for completion.)

The creditors have asked the court hearing THQ’s bankruptcy to not approve the bidding procedures it has put forth. This would effectively delay the company’s sale, to Clearlake or anyone. 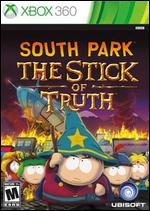