We heard last week that Take-Two Interactive acquired the rights to the WWE license, and now we know the publisher will start putting that license to use this fall with WWE 2K14. Take-Two’s five-year deal is bringing on Japanese developer Yuke’s, as well as designers from THQ’s WWE studio, who will be reporting to 2K Sports’ developer Visual Concepts.

Following the parsing out of THQ franchises, WWE was shopping around for a new video game partner. "We looked at a lot of different leaders in the industry and talked to all of the big guys, and for us, we had been with THQ for so many years, it was nice to finally go out and date a few other companies and see what kind of thought process they had about the video game industry going forward," WWE executive VP of products Casey Collins told ESPN. "As we look at the next-gen systems coming out, whether that’s this holiday or next holiday, we want to make sure we align our property with who we thought would be a leader going forward on these next-gen systems."

Collins said he was particularly impressed by 2K’s work on its NBA franchise, saying that they’ve grown "not only the simulation aspect of the game, but also the entertainment aspect." 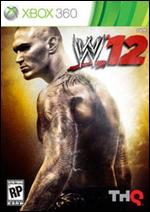