Like the Scott Pilgrim game, Battle Grounds is an adaptation based on another work, in this case the 2D fighting game Phantom Breaker. While this spinoff is coming today, that source game’s status is something of a mystery. Originally announced for release early next year, the downloadable fighter is nowhere to be found.

A status update on the game’s Facebook page says that "The current boxed game business model and shifting digital gaming trends have made it difficult to bring this game to market as originally planned." Publisher 7sixty says the game has not been canceled, but offers "a heads-up that it is at a point where it is difficult to release the game as planned." 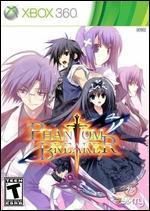