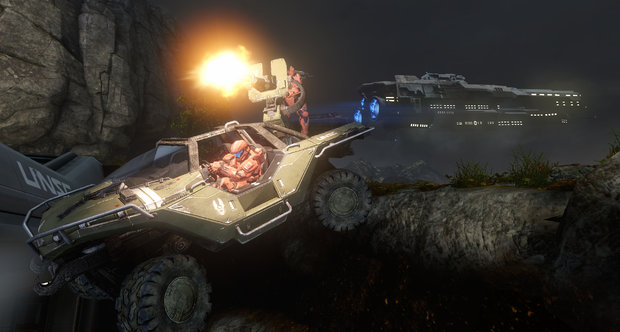 Halo 4’s next set of maps is coming in just under a month, on April 8. The maps were developed by Certain Affinity, makers of the game’s Forge Mode, and include three maps with a focus on team objectives and vehicular combat.

Daybreak is a large asymmetrical map split between two bases and chock full of deadly long-range weaponry like a sniper rifle and Rocket Launcher. Outcast is a circular map focused on controlling the vehicle paths, flush with Mantises and Wraiths. Perdition is a more urban environment with wide-open spaces for Warthogs, and interior routes for close-quarters combat. The DLC will be accompanied with a Castle playlist for easy sorting, and a 6v6 playlist.