Tomb Raider’s DLC will be multiplayer-orientated only, based on developer Crystal Dynamics’ current plans. Speaking in a Reddit AMA, director Noah Hughes and global brand director Karl Stewart said there are no planned single-player DLC expansions.

"Currently there are no plans regarding single-player DLC," said Hughes when first asked about upcoming DLC. "Now that Lara is more experienced, we are excited to take her on new adventures that challenge her new strength and confidence. It is important that even as Lara grows as a character, so do the challenges she must face."

"There are currently no plans in place for any single-player expansions." Stewart later followed up. "All of our DLC is based around the multiplayer experience for now."

Tomb Raider received its first expansion this week in the form of the ’Caves and Cliffs’ pack, which added three new arenas to the game’s multiplayer. That arrived on Xbox 360 yesterday for 400 MSP, and remains as yet undated for PS3 and PC. 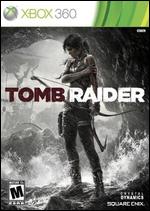