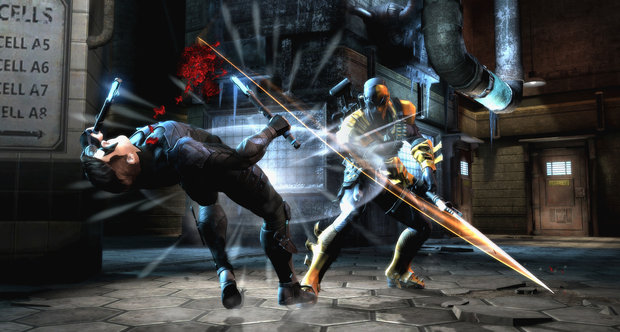 Ooh, I don’t know, these comic books today, introducing new characters like there’s no tomorrow. Why can’t we stick with the characters we all know and love, like Animal-Vegetable-Mineral Man, Krypto the Superdog, and Matter-Eater Lad. No, no, we need to introduce new people, apparently! So things will be with DC Comics fighting game Injustice: Gods Among Us, but the DLC season pass announced today will at least offer four DLC characters for the price of three.

The $15 season pass will be available for Xbox 360 and PlayStation 3 at launch, but not Wii U. On top of the aforementioned yet unannounced four extra playable characters, you’ll get the exclusive Flash Point Skin Pack with alternate costumes for Wonder Woman, Aquaman and Deathstroke.

Developed by the Mortal Kombat reboot gang at NetherRealm Studios, Injustice is coming to Xbox 360, PS3 and Wii U on April 16.

Xbox one no signal
Post by debrartin
0 Replies, 46878 Views