Electronic Arts has confirmed more layoffs at the company as it is "streamlining operations" and focuses on new platforms and mobile. The company did not disclose where the current layoffs were, or how many people were affected, but reports suggest that EA Mobile Montreal has been affected.

"EA is sharpening its focus to provide games for new platforms and mobile," EA said in a statement to Polygon. "In some cases, this involves reducing team sizes as we evolve into a more efficient organization. These are difficult decisions to let go of good people who have made important contributions to EA, and whenever possible we retrain or relocate employees to new roles. Streamlining our operations will help ensure EA is bringing the best next-generation games to players around the world."

The announcement comes in the wake of pink slips issued to staff in Los Angeles, Montreal and "smaller locations" in February. The wording of the statement pretty much mimics the comments made at that time. But EA had said that Montreal was a "key development studio" for which they had a long term plan. 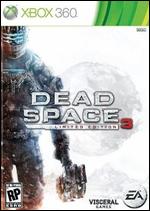