Flashback HD Remake on its way to XBLA 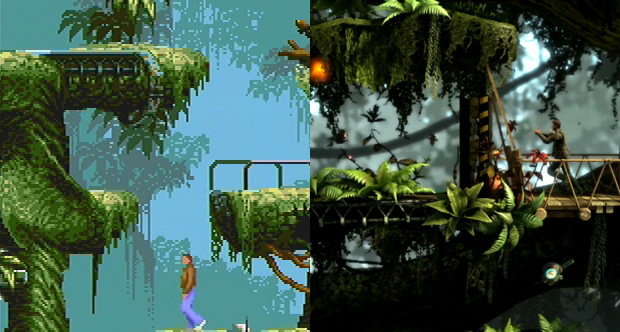 Gamers old enough to have an Amiga probably remember Flashback quite fondly. Released in 1992, the game is considered a platforming classic, an early precursor to the Metroidvania genre. It was also noteworthy for its story--an interesting tale of an amnesiac that discovers a conspiracy involving shape-shifting aliens disguised as humans.

More than 20 years after the game’s original release, it’s coming back in a HD "re-imagining" for PS3 and Xbox 360.

In an official QA provided by Ubisoft, developer Vectorcell says that the updated game was inspired by the 20th anniversary of the original. "We thought we could both honor our fans who have been asking us for the return of Conrad for a long time and also allow a younger audience to discover the universe of Flashback."

Because the upcoming downloadable game isn’t a "reboot," the game will stay true to the original in many ways. For example, the story is intact, as is the general feel of the map layout. (Look at the image above to see how similar the two games are.) However, many other elements of the game have been "beefed up" or modernized.

"Some characters that were sort of in the background in the first version were developed and have taken on more importance," the dev explained. "We also went back and took a longer look at some of the blurry spots in the first Flashback and the fans will hopefully discover certain aspects of the world that might have been overlooked."

Perhaps one of the biggest changes to the current-gen version of the game is the addition of a XP-based progression system. You’ll be able to unlock new upgrades for your character, increasing his vitality, or enhancing the various tools he comes across in his adventures.

"Accessibility was brought up to current standards as was the level design," the developer explained, pointing out that it would seem "rather punishing through today’s lenses if we had kept it exactly as it was." For example, there’s a mini-map on the top right corner of the screen that provides constant pathing information, making sure you never get too lost.

Flashback should be on PS3 and Xbox 360 later this year. 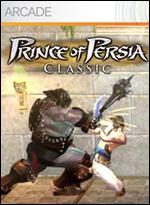