New games to play at EA

To kick things off for this new football season, EA.com is celebrating by adding two new football-related games on their site.

First new game is EA Sports Football Showdown, which will have NFL fans trying to pick the winners of each weekend’s slate of games. Each week, the top five finishers will win prizes, such as EA Sports’ games or sports memorabilia such as autographed items. The last of EA’s offerings is a game called EA Sports Football Bonanza. This game will have fans picking four NFL grid iron players who they think will be able to do some statistical milestones throughout the season. For example, if you choose a quarterback, his milestones would have to deal the the amount of touchdowns thrown or total passing yards in a given week. In that game you could win an EA Sports T-shirts and a trip to the NFL Pro Bowl.

For all you AOL users out there, who enter the contests gain the additional stakes of playing for four trips to the Super Bowl.
Source: http://www.iemag.com/ 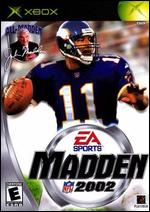