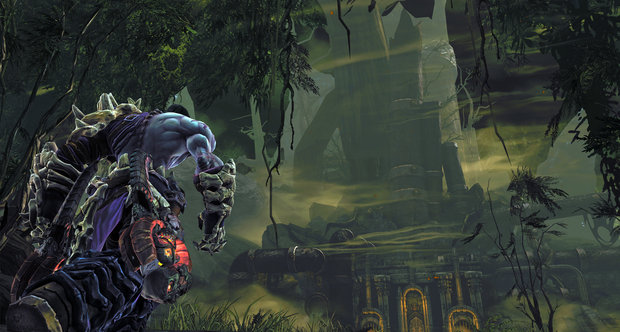 Nordic Games has picked up most of THQ’s remaining IPs. The bankrupt publisher sold its biggest names at an auction earlier this year. Its remaining assets were bundled up, with Nordic Games the big winner.

For $4.9 million, the company has acquired Darksiders, Red Faction, MX vs ATV, "Other Owned Software," and "Other Licensed Software." Some noteworthy titles in those bundles include Destroy All Humans, Supreme Commander, Marvel Super Hero Squad, Frontlines, and Full Spectrum Warrior.

Nordic Games is best known as being the publisher of Painkiller HD and Deadfall Adventures.

"First and foremost we are very happy about this deal which also turns over a new leaf for the entire Nordic Games Group," Nordic Games CEO Lars Wingefors said in a press release. "In the long term, we either want to cooperate with the original creators or best possible developers in order to work on sequels or additional content for these titles," he added. (The original creators of the Darksiders IP attempted to buy the rights from THQ, and failed.)

The publisher has also launched a new forum to discuss the company’s newly-acquired games.

Earlier today, Gearbox Software announced that it had acquired rights to the Homeworld franchise. The developer paid $1.35 million, according to latest documentation on the auctioning process.

In addition, the Drawn to Life games were picked up by publisher 505 Games.