The Xbox One Controller buttons explained 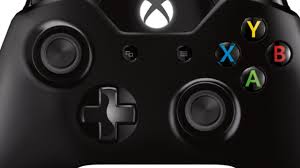 Microsoft has explained the names and functionality of those mysterious new buttons on Xbox One’s controller where Start and Back appeared on Xbox 360. According to a Microsoft representative, these buttons are named “Menu” and View.”

“The Menu button (on the right) will bring up context-specific menus which game and app developers can design to enhance the user experience,” Microsoft told IGN. “The Menu button could be used in scenarios such as bringing up in-game menus, showing video playback options, and accessing commands on the console’s user interface.”

The View button, meanwhile, “will change views or provide more information in games and apps. The function of the View button will be driven by developers. Possible uses of the View button include viewing a map during a role playing game, displaying a leaderboard in a first person shooter, and enhancing the navigation of the console’s user interface.”