(RUMOR) - Xbox One Reveal may have teased actual games 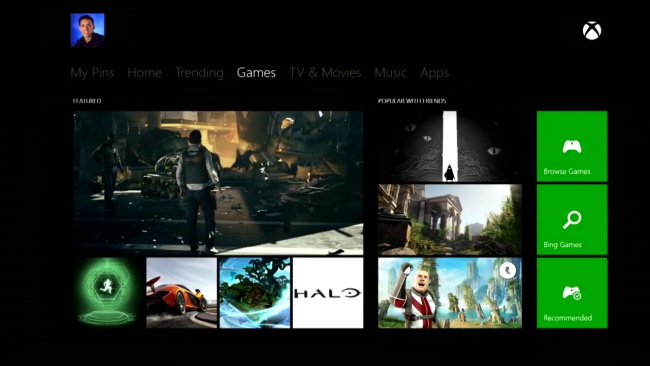 Somewhere during the Xbox One reveal a brief image was captured of the console’s HUD, with the "Games" tab selected. This image, discovered by AllGamesBeta, could be a rat’s nest of teasers for Microsoft’s unannounced games. Of course, it could also be nonsense, a red herring as to what Microsoft actually will be announcing at E3. Nevertheless, this is what E3 is all about. Rumors and speculation, followed by disappointment and depression!

Altogether there are eight images that could be teasers for announced or unannounced games. Keep in mind this is the "Games" tab, so each image should be related to a game and not, say, the Halo television series announced by Steven Spielberg. Here’s a list of brief descriptions of each image:

Considering how piss-poor my guesses have been, does anyone have any other ideas? All I’m willing to bet on are the Forza image and the Crackdown agility orb. Oh, and Halo. There’s got to be a Halo 5 teaser coming up, right?

The other question, beyond what games are these, is whether this is just a huge red herring or not. Do you think this image is actually a teaser for what Microsoft has planned to announce soon? Or is this all a joke at our expense?