MS promises NO TV Talk at the E3 Media Briefing 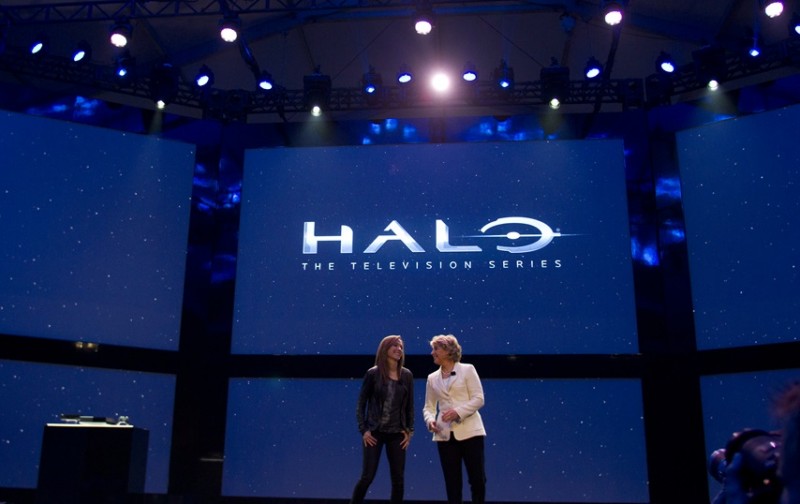 Nancy Tellem, DON’T...EVEN...THINK ABOUT IT.

Just days away from E3, it’s safe to say there’s one thing that isn’t on Microsoft’s mind: TV. Despite showing off the Xbox One’s compatibility with cable and entertainment partnerships, the company will keep TV talk out of the picture on stage in L.A.

"I can confirm that we will have TV’s (or similar) on stage to show the games," Microsoft’s Director of Programming for Xbox Live Larry Hyrb tweeted this morning. "That should be the extend [sic] of TV talk in your #E3."

This statement comes just one day after Sony CEO Kaz Hirai said that the PS4 was "first and foremost" a game console.

"The most important thing we need to make sure we do, at least initially, is that we all agree and understand that the PS4 is a great video game console that appeals to video gamers," Hirai explained. "If we miss that part, then I don’t think we get the initial establishment of the console."

The statements from both camps certainly hint that both Microsoft and Sony are concerned about keeping fidelity with hardcore gamers (who are ever more turning to the PC) while expanding sales to a broader and more casual audience. With each taking subtle digs at the other’s aims, it’s likely that both E3 presentations will be structured to focus on exclusives and upcoming software rather than auxiliary features.