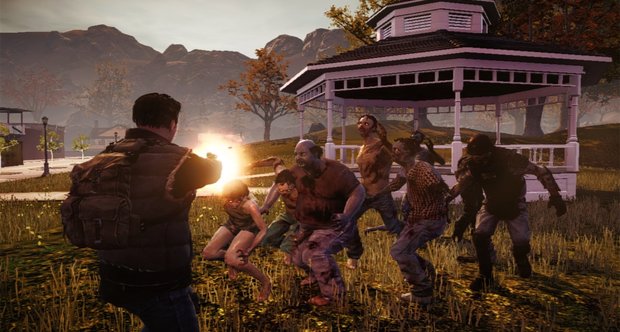 Open-world zombie survive ’em up State of Decay will debut on Xbox 360 this Wednesday, developer Undead Labs has announced at short notice. It’ll cost 1600 Microsoft Points ($15) on Xbox Live Arcade but, alas, there’s still no word on when the PC version will arrive.

State of Decay will have you roaming around a sandbox world, making friends, scavenging supplies, securing safehouses, and destroying the brains of reanimated corpses. While this is a single-player affair, Undead Labs plans to make a full-on zombies sandbox MMORPG too.

The dev added on Twitter that SoD’s PC version is still "in progress" but has "no date yet."