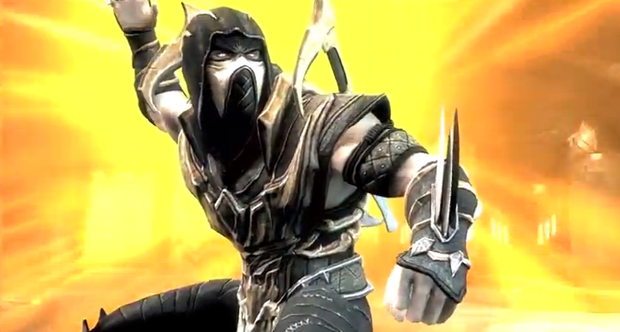 If you need a break from E3 next week, you can always throw down as an undead ninja in Injustice: Gods Among Us. NetherRealm confirmed today that Scorpion will be available next week, on June 11. He’s included as part of the Season Pass, but he’ll also be for sale individually for $4.99.

That date will also see a second Red Son pack with a new Batman costume. The fourth and final character of the Season Pass hasn’t been announced, but Ed Boon tweeted that it will be revealed next week on "a TV show." All signs point to General Zod, as the leak has been reliable so far.

Boon has also hinted at additional DLC characters from fan requests. Given that Martian Manhunter has been heavily requested, and even appeared briefly at the end of the Scorpion trailer, that’s a safe bet for one of them.