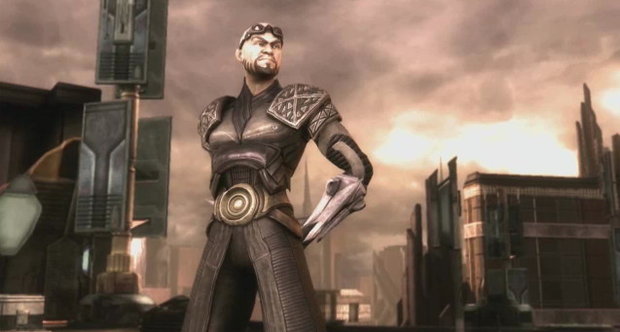 As you may have heard (or entirely missed) during the hustle and bustle of E3, General Zod is the next downloadable character appearing in Injustice: Gods Among Us. A new trailer shows off his powers, and drops a release date of July 2.

He sports some moves similar to Superman, like heat vision, and a few unique ones like trapping his enemies in the Phantom Zone. Being a military figure, he also uses a gun as a standard move. His finisher, in which he smacks Superman so hard that he breaks straight through the moon, is appropriately ridiculous. Best of all, he delivers all that with a smirking disposition.

When Zod hits, he’ll wrap up the first set of downloadable content for season pass holders. NetherRealm creative director Ed Boon has been strongly hinting at another set of DLC characters to come based on fan requests, with a poll showing Red Hood and Zatanna in a close race for first. Martian Manhunter isn’t on the poll, but he seems like a sure bet after appearing in the Scorpion trailer.