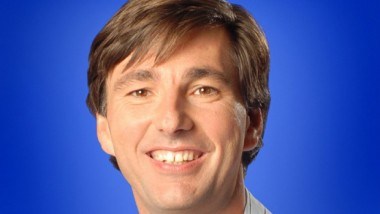 Don Mattrick, the president of Microsoft’s Interactive Entertainment unit — which centers on the Xbox and all the software giant’s gaming and entertainment efforts — is leaving the company, said multiple sources close to the situation.  (Update: Zynga has confirmed that Don Mattrick will the company’s new CEO in a press release they issued today.)

These sources added that the high-profile executive is also close to taking a top job at Zynga, the troubled online social gaming company, possibly as its CEO and working in close partnership with its founder and current CEO Mark Pincus.

Sources said the announcement of Mattrick’s appointment could be made as soon as today, after the markets close.

(Update: After this story was published, Zynga shares have risen close to 10 percent, to $3.05. That’s still down 68 percent since its late 2011 public offering.)

If it happens, the hire would be a massive one for Zynga, which has been hit by a series of problems since its IPO. Pincus has been struggling to move the company into mobile quickly, as its once strong Web and Facebook consumer business has waned. That has included a recent round of layoffs, as well as closures of a number of offices outside of its San Francisco HQ.

If he, in fact, appoints a new CEO to take over the reins at Zynga and hires a very experienced exec like Mattrick — who has worked on many turnarounds — it is a major step by Pincus, who has held the top job there since its founding. While it is not unusual for a founder to give up such power, it certainly underscores Pincus’ commitment to reviving Zynga.

Interestingly, Mattrick has also been on the short list of the top execs being considered to run Electronic Arts, another gaming giant that has faced a number of challenges and whose former CEO was ousted a few months ago.

The move appears to be largely unrelated to the massive restructuring being mulled by CEO Steve Ballmer at Microsoft. Talks between Mattrick and Zynga have been going on for some time, said sources.

But it is a big blow to the Redmond, Wash., tech giant — which does not appear to have someone to replace Mattrick right now as the gaming product head — despite some recent high-profile missteps around its flagship Xbox device.

As the interactive entertainment boss, Mattrick has been a public presence at both of Microsoft’s recent Xbox One events — the nationally televised unveiling in May and the E3 update in June. Gamers disappointed with the lesser focus on games at the May event blasted execs like Mattrick in numerous online grumblings (and worse over other issues —Francis is really pissed! So is this guy, who is quite verbal about it too.)

At E3, Sony won the image battle by reaffirming its old DRM policies vs. the Xbox’s new ones, which had angered some gamers by requiring regular online connectivity. After E3, Microsoft abandoned its new digital check-in plans and reverted back to its old DRM policies, too.

Mattrick joined Microsoft in 2007, after a long career in the gaming sector, starting at Distinctive Software, which he founded at 17 years old. It was later acquired by EA, where he eventually headed its global studios and research and development. According to his company bio, “since Mattrick began overseeing the Xbox division, the Xbox 360 installed base grew from 10 million to nearly 80 million worldwide while Xbox Live membership increased from 6 million to nearly 50 million.”

The Canadian native has long wanted to move back to the Bay area, where he has a home, said sources, another important factor in this move.