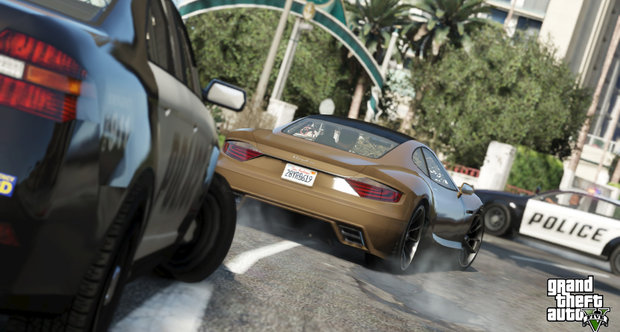 Grand Theft Auto 5 is going to take place across the sprawling metropolis of Los Santos, and promises to be more densely packed than prior GTAs to boot. That size eats up a lot of disc and memory space, necessitating multiple discs on the Xbox 360 and mandatory installs across both consoles.

In a fan Q&A, Rockstar outlined the install requirements. The Xbox 360 version will ship on two discs, and the first will be reserved just for a mandatory install. Once installed, you’ll play both the game and its still-mysterious "GTA Online" counterpart using only the second disc. The PlayStation 3 version will install the content automatically upon its first start-up.

Both versions require at least 8GB of free space, but if you’re using an Xbox 360 without a hard drive, you can use a USB flash drive instead. It will need to be at least USB 2.0, and Rockstar recommends you just pick up a brand new flash drive for the best performance.