Pre-Ordering WWE 2K14 gets you the Ultimate Warrior

The Ultimate Warrior is coming out of retirement and will be making his WWE videogame debut in WWE 2K14. Popular in the ’80s and ’90s, he retired in 1999. The only way you will be able to play the "Founding Father of Life Intensity," however, is to pre-order the game.

"Immortality is inspiration, pure and simple. An example to others that they, too, can do things larger than the life they are actually living, and Ultimate Warrior was the pure embodiment of this belief, in what has proven to be a very attention-getting and inspiring way," the Warrior said in a statement. "It was my good fortune to be his creator and performer, and I am humbled by all those fans who’ve not only kept his legacy alive, but deepened it over time. In WWE 2K14, Ultimate Warrior’s creed, ’Always Believe,’ lives on." 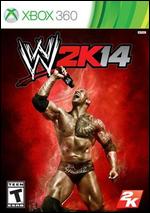