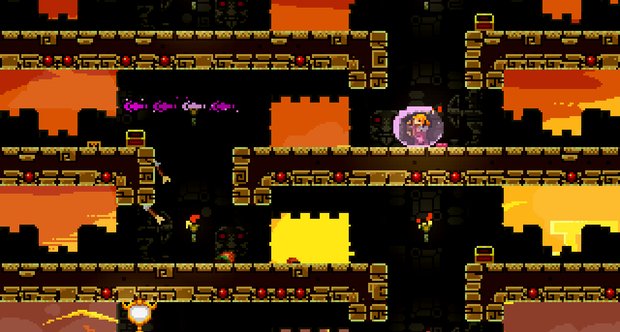 Microsoft will now allow indie game developers to self-publish their titles on Xbox One, a reversal of their previous policy. To find out how the indie world is reacting, we reached out to several developers.

Andy Schatz, creator of Monaco: What’s Yours Is Mine, has had a number of difficulties with Microsoft’s platform, one that caused a lengthy delay for the Xbox 360 version. According to Schatz, an open console can only lead to good things for Microsoft, developers, and consumers.

"Closed platforms require that a gatekeeper vet every project long before the project is done, which means that it’s much harder to come by surprise hits, and everyone is subject to the tastes of the platform’s gatekeeper," Schatz explained. "It also requires that developers focus on the ’pitch’ in order to get a slot, which can be a time-sink with no discernible benefit for the completed game. While I enjoyed working with [publisher Majesco], had self-publishing been an option on the Xbox 360 it would have saved me a lot of trouble in the long run, since my destination platform was in limbo until a year before launch."

However, Schatz has also been burned by disappointing sales for the Xbox Live Arcade version of Monaco, leading him to issue this warning to developers enthused by today’s news. "If Microsoft doesn’t promote your game, it will still be a gigantic uphill battle to see any sort of meaningful sales."

A number of developers have experiences similar to Schatz’s, but the idea of an open platform has some of his contemporaries applauding. Dant Rambo of Gaijin Games (the BIT.TRIP series) and Corey Rollins of Klei Entertainment (Mark of the Ninja, Don’t Starve) have previously worked with Microsoft and both indicate that a lower barrier of entry will make future working relationships easier.

Microsoft’s move may also draw eyes from newer indie devs, like TowerFall creator Matt Thorson. "If this is true it makes a huge difference," he said. "For me, lack of self-publishing makes it very difficult to consider launching on a platform. I’ve never worked with Microsoft, but I’ve heard horror stories from other indies. Fingers crossed they’re aware of the problems and are ready to put in the work to catch up to Sony. They seem to be on the right track with this and the recent removal of the XBLA patch fee."

Not all indies are completely enthralled by Microsoft’s efforts. Jennifer Schneidereit of Nyamyam Games (Tengami), a former Microsoft employee herself, isn’t entirely ready to forget the publisher’s previous antipathy towards the indie community. "Up until now Microsoft have displayed a mentality that excludes independent developers," she said. "This makes it difficult for me to trust their motives for reversing their stance now. From my time at Microsoft, I know that company goals and direction change frequently. These new plans might just be a last minute band-aid and we’ll end up with a similar situation to Xbox Live Indie Games, where Microsoft provides a system, but doesn’t give it the support it needs to be successful."

While Schneidereit is supportive of Microsoft’s latest move, she points out that they have some catching up to do. "Nintendo and Sony are already doing a fantastic job at building relationships with independent developers and showing us how we fit into their strategies long-term," she added. "Microsoft will have to do a lot more to gain my trust than just changing their self-publishing policy."

Other indie devs are currently weighing in on Twitter, and the reaction is mixed. Some are optimistic, like Thomas Was Alone creator Mike Bithell, who is "looking forward" to finding out more. However, some bridges may have been permanently burned. Fez’s Phil Fish, who previously stated that Fez 2 would not be coming to Xbox One, simply tweeted, "good for them!"