Fez creator Phil Fish has confirmed the cancellation with [Polygon] via email, saying "Yep. I’m done." No details have been given as to why the game is canceled.

Shortly before the announcement, an argument between Fish and writer Marcus Beer broke out on Twitter in response to Beer’s comments during a recent episode of GameTrailer’s Invisible Walls. During the episode, Beer touched on the media’s recent efforts to reach out to indie developers during the Xbox One’s reversal on indie self-publishing — particularly Jonathan Blow and Fish, who "decided to go bananas and bitch and moan" about press questions.

Fish responded harshly in turn, later tweeting "I fucking hate this industry" for the negativity and criticism it’s brought. The back and forth ended with Fish tweeting, "I’m done. Fez 2 is canceled. Goodbye." The announcement went up on Polytron soon after; Fish’s account is also now private.

Fez 2 was announced at the Horizon indie press conference at E3 2013. No details were released about the game.

Update: The following message has since been posted on Polytron:

"Fez 2 is cancelled. I am done. I take the money and I run. This is as much as I can stomach. This isn’t the result of any one thing, but the end of a long, bloody campaign. You win." 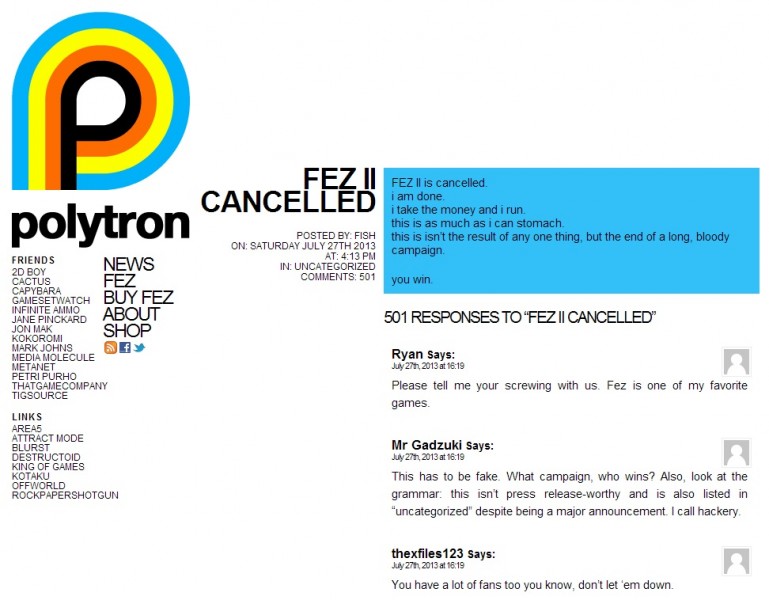 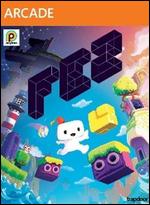