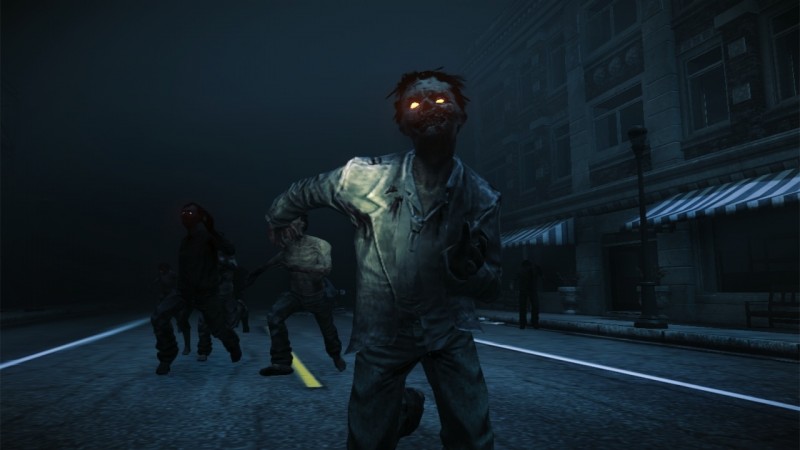 And to think you’ve been going out on scavenger runs alone every night when it’s like THIS. What were you thinking?

From the Undead Labs Forums:

- TU3 stands for "Title Update 3." It is our third update to State of Decay.

- TU3 is completely free, and will automatically download when you fire up SoD.

- It will be available all over the world, in all regions, no matter when your region got the original game.

- It will come online *starting* at 2 AM PDT 7 Aug 2013. It may take a few hours to spread to all servers, which is not something we can control. Hang in there. You will get it.

- If you were afflicted by the overlarge community bug (freezing, crashing after a few minutes of gameplay, game would not load): You _probably_ will not need to restart your game from scratch. We worked very hard toward that end! I feel honorbound to warn those few of you with really enormous communities, especially if you had a very large community relatively early in the map progression, that you may still be unable to load the game. If you still can’t get the game to load after updating, you will need to restart.

- The rest of you do not need to start a new game.

- We’re preparing to reduce the number of versions of SOD down to one. (Each launch has represented a new version of the game.) Most of you will notice exactly nothing. *We* will notice something - a streamlined process that lets us and our publisher do more and do better. Anyway, part of the prep work for that is in TU3. It includes code changes which check for region, so the One Version will display the modified item names for Australia. Because Xbox treats NZ and AU as a single region, NZ players will see the modified names.

- Here are the final notes (no change from the last thread - just sorted and in some cases hedged to avoid giving you the impression we’d solved EVERY terrain issue, for example

- You can now ask a community NPC to follow you and watch your back. Followers can also accompany you on most non-storyline missions.
- NPCs who have been told to leave your community no longer remain in your Journal and take up bed space.
- Jacob can no longer be selected for a "Mercy Shot" mission before he gives you the “Home Away from Home” mission.
- You can now train members of another Enclave in your Dojo immediately upon construction of the Dojo.

- Fixed Snyder Warehouse not repairing vehicles.
- Fixed community NPCs sometimes blocking the door to Snyder Warehouse.
- You can no longer move to a Home site that supports fewer Outposts than you currently control.
- Vehicles are no longer teleported to Home parking spaces at 6:00 AM.

- Outposts are now numbered on the map.
- Added Journal log entry for establishing an Outpost.
- Outpost bonuses to Stockpiles are now retained when the game is restarted.

- Added Journal log entries for "Memento" mission.
- Changed AI to ensure zombies are present when you get a training mission or a morale mission.
- You are now reminded every 15 minutes, starting at 30 minutes, that your progress is not being saved while in a mission.
- Fixed bug that allowed save spinner to sometimes display during missions.
- Additional polish to "The Law" mission.